﻿
CCHR ANTI-PSYCHIATRY MUSEUM
What other healthcare field has an entire museum devoted to its destruction? 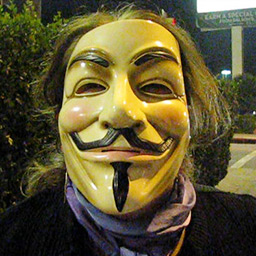 Early in the days of Anonymous protests against Scientology it was easy for me to get the attention of cult bigwigs.  Fellow protester MonaMia (left) and I decided to flash raid the Psychiatric Museum of Death.  They freaked out, closed down, call the cops and their legal eagles.   When Kendrick Moxon, the cult's evil main lawyer (right), arrived he said he would charge us with trespassing. The LAPD explained to us that this mean that IF we were charged with trespassing and IF we came back and IF we did things that constitute trespassing they would have us arrested. 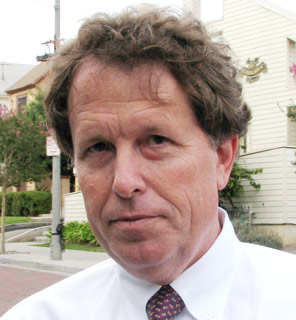 This is not so big a deal since we won't do it again. The whole reason we were there is because they refused to let us see the exhibit even though they claim to be open to all. It is a poor enturbulation site as they turtle up when you arrive and their is not a lot of pedestrian traffic for flyering. After the cops left Moxon and his chain smoking gal were following us. I enturbulated her and Mona enturbulation him. I can't legally talk to him because I had legal problems with him at the time. Unless I am acting as my own lawyer (pro se). "What are your crimes Ken?" she shouted. I asked the lady when she had last had a day off. I asked her if she knew why people are always being shifted from job to job. Moxon became angry and yelled at me to leave.

We went back to Mona's car and were followed and photographed by a scary man. His license plate is probably SXE495E. Mona turned the tables and followed HIM for a bit but he eventually lost us. Nother day in Hollywood! All photos taken by protester MonaMia. Sorry we had no video for this raid.

Moxon's threat to charge us with trespassing never materialized.